Wales' first electric and hydrogen charging facility for vehicles is set to be created in Swansea. 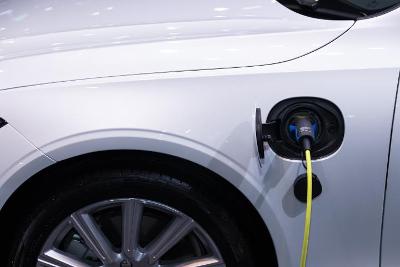 The hub will provide zero carbon power for cars and public transport vehicles. It is the first time both electric and hydrogen power will be available on one site in Wales.

This is the latest element of the £1.7 billion Blue Eden renewable energy project in Swansea, which is being led by DST Innovations.

Talks are on-going with Swansea Council about land that could potentially accommodate the renewable energy transport hub.

Made possible by funding from the private sector, other features of the Blue Eden project include:

Blue Eden will create over 2,500 permanent jobs and support a further 16,000 jobs across Wales and the UK, while creating additional jobs during its construction. It can be delivered without the need for a UK Government subsidy.

The project would be sited along an extensive area of land and water, to the south of the Prince of Wales Dock in the SA1 area of Swansea.

Discussions between DST Innovations and other landowners in the area are also on-going.

Cllr Rob Stewart, Swansea Council Leader, said: "There have been previous tidal lagoon proposals in recent years but what's now being proposed for Blue Eden is a much-improved scheme because of the many additional elements it will also deliver.

"As well as a tidal lagoon, these elements include a large number of other state-of-the-art renewable energy facilities that will combine to create of thousands of well-paid jobs for local people and cut Swansea's carbon footprint.

"Blue Eden is a truly integrated energy project that's capable of providing long-term, low cost energy - and importantly it can be delivered without the need for any UK Government subsidy.

"The renewable energy transport hub is an exciting addition to everything that's been announced so far. With more and more electric cars on the road nowadays - and the move towards vehicles powered by hydrogen gathering pace too - facilities will be needed to charge these vehicles in the coming years.

"Facilities like this - which would have close links to walking and cycling routes - mean motorists can leave their cars to charge while heading to the city centre.

"More details will be announced as soon as we're in a position to do so."

The council has also applied to the UK Government for funding that would help cover the costs of road and access improvements to support the Blue Eden development.

Plenty of opportunities will be made available for local people to give feedback once more detailed proposals are available.

Subject to planning consent, Blue Eden work on site could start in 2023.