A big step is about to be taken in the creation of a new central Swansea location for the city's main library and other key services. 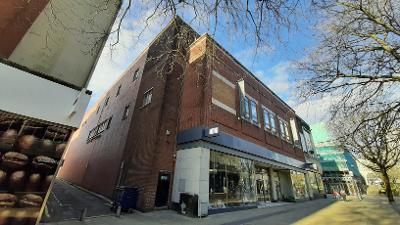 Contractors are set to begin preparatory work in the former BHS/What! building next week.

In under two years it is due to be a local services hub. Current proposals are that it will offer easy access to council services, including the library that's set to move from the Civic Centre. It'll be joined by a range of other services - and the hub could offer access to the West Glamorgan Archive Service.

The hub, along with other city centre work hubs, will protect or create thousands of jobs and increase footfall in the city centre over the coming years.

The proposal for the local services hub - currently including a new central library and other key services - is being developed by Swansea Council. When open in 2023 it will be visited by thousands of people every week.

The council is also making progress on innovation hub 71/72 Kingsway - where building work is due to start this year - and on a public sector work hub between the eye-catching new Copr Bay bridge and St Mary's Church.

Council leader Rob Stewart said: "Progress is being made on these three major employment hubs that will bring people to our city centre; the public sector hub alone will create and protect thousands of city centre jobs."

Further public consultation on the project is due to take place in the coming months.

The preparatory work will mean the temporary closure of the lane between Marks & Spencer and the former BHS and of a small number of bays in Park Street East car park. There are hundreds of parking spaces nearby - www.bit.ly/CityCentreParking

Photo: The Swansea city centre building due to be transformed into a local services hub.