With building work now complete, many residents have already started moving into a new apartment complex in Swansea city centre. 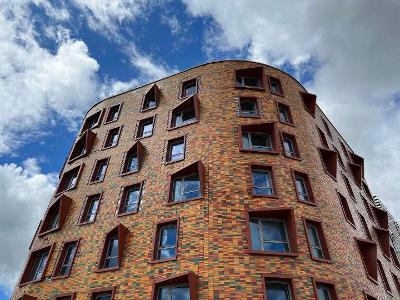 The 33-apartment block being run by Pobl Group forms part of the £135m Copr Bay district developed by Swansea Council.

Located on the city centre side of the new bridge over Oystermouth Road, the apartment complex overlooks Swansea Arena and the 1.1-acre coastal park. Some of the apartments benefit from views of Swansea Bay and the coastline.

The Copr Bay district is being development managed by RivingtonHark and constructed by Buckingham Group Contracting.

Cllr Rob Stewart, Swansea Council Leader, said: "These apartments will create more affordable living opportunities in the city centre, while also combining with the arena and coastal park to generate more footfall. This is important because it will help create more spending in shops and other businesses in the city centre by supporting traders there.

"The new high-quality apartments, along with other residential schemes in the city centre and beyond, will make a big difference to the quality of living for many people."

Amanda Davies, Chief Executive of Pobl Group, said: "The Copr Bay development is an important addition to the city which is already making a positive impact on people's lives. We are delighted to be working in partnership with Swansea Council to provide much-needed quality, affordable homes for those who want to live and work in the city centre, helping the council in their wider regeneration strategy for the city."

Other features of Copr Bay, including the new car park behind the apartment building, as well as the retail units on Cupid Way for food and drink businesses, will be finished later this year.