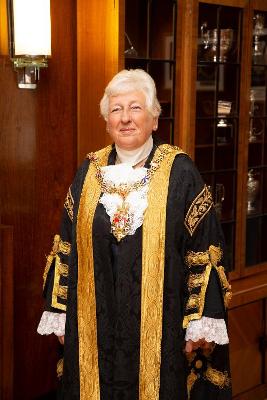 Mary was born in 1950 in Neath hospital and lived in Skewen in her early years before moving to Swansea in 1961. She is an only child.

Mary left school at 16 owing to family circumstances and became a GPO telephonist now known as BT. She worked there for 13 years.

Mary met Jeff  who worked for the Post Office and they got married in 1976 and have a son, daughter and 4 grandchildren.

Jeff was born in Ystalyfera and attended Wern  primary school and Maesydderwen Comprehensive.

Mary was elected onto Killay Community Council in 1992 for Killay North Ward and was Chair for many years. She started the popular Father Christmas events and Killay Fun Week which had children's entertainment in the afternoon and family entertainment provided by well known artists in the evenings.

In 1999 she stood for election in Killay North ward and was successful in becoming elected as City Councillor for the Liberal Democrats in Killay North.

In 2004 when Swansea Administration was formed Mary was Cabinet Member for Business Improvement. She was a Cabinet Member for 8 years and served on the Boards of Wales National Pool, Swansea Bay Regional Equality Council (SBREC) and Swansea Council for Voluntary Services (SCVS) where she met many interesting people.

Mary is a Governor at Hendrefoilan Primary school and Chair of Governors at Olchfa Comprehensive school.

Mary's hobbies are gardening, reading and knitting and along with Jeff helps to look after their two granddaughters.

Mary and Jeff have chosen Forget Me Not Dementia Day Club, The Pettifor Trust and Sands (Stillbirth and Neonatal Death Society) as the charities to support during their year of office.

You can make a donation to the Lord Mayor's Charity Fund online.
Useful Pages