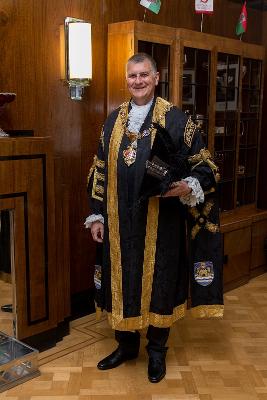 Mike has lived in Sketty since 1988, was elected as a Liberal Democrat Councillor for Sketty in 1999 and is passionate about serving the community. He is the eldest of 5 children and was born in Pontypool, before moving to Hereford in 1961, where he won a scholarship to Hereford Cathedral School. After sitting his O Levels, the family moved to Dunvant, and Mike attended Gowerton Boys' Grammar School for his A Levels.

After graduating in 1974 with a BSc (Economics) from UWIST, Cardiff, Mike worked for 14 years for South Glamorgan County Council in various Personnel Management roles.

In 1977, Mike married Chris, who grew up in Mayhill and West Cross, graduated from Swansea University and went on to work at the Heath Hospital.

They lived in Cardiff until 1988 where their two children, Sophie and Alex, were born. Sophie is married with 2 children, aged 9 and 6, and lives in Germany, where she and her husband are teachers. Mike's son, Alex, heads up a charity, The Big Give, based in central London. He lives in Surrey with his wife and 4 year old son.

The family moved back to Swansea when Mike became a business lecturer in West Glamorgan Institute of Higher Education (now UWTSD). He was the first Dean of Swansea Business School and continued working there until 2002, when he became an Adviser to one of the Lib Dem Assembly Members.

In 2003, Mike was offered a job at Swansea University, initially linking digital businesses and university researchers, and later supporting new start-ups in life sciences. Soon after he 'retired' in 2013, he set up the UK subsidiary of a Chinese education organisation, and founded a charity, establishing an enterprise competition for student teams from UK and China.

Mike loves to see people developing to their full potential. This was good grounding for his appointment as Swansea's Cabinet Member for Education (2004-2012), a role he enjoyed immensely, providing political leadership in such an important and significant service. The best part of the job, he says, was being able to visit all the schools in the City and County, seeing the inspirational work of staff, and enjoying the response of the young people. He has been a member of the Governing Bodies of Sketty Primary and Olchfa schools, and Gower College Swansea.

Mike has served the community on the leadership team of Parklands Church for over 30 years, and is an active supporter of the HOP Foodbank based at the Sketty Park Community Centre, where he is a member of the Management Committee. His leisure activities include walking, enjoying the fabulous natural environment of the area, and, as a season ticket-holder, watching the Swans (preferably in person!).