What is available to buy from the Archive Service online.

Are you looking for that special present for someone who loves local history? Visit our online shop and see what is available.

Here at West Glamorgan Archives we have a range of books, cards and maps for sale where you will find just the thing. 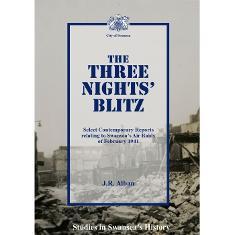 Our featured publication is The 'Three Nights' Blitz' by Dr John Alban, which we have reprinted.

It was originally published in 1994 and has been out of print for years, so this is a chance to own a copy of this book. The 'Three Nights' Blitz' was a devastating series of air-raids that took place during 19, 20 and 21 February 1941. It left central Swansea in ruins and has been described as 'the most significant event in Swansea's recent history'. This book uses contemporary documentary sources to tell the story of what happened from both sides, using Luftwaffe sources as well as British. 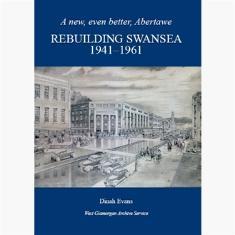 Back in the autumn we launched A New and Even Better Abertawe: Rebuilding Swansea 1941-1961 by Dinah Evans.

In it, Dinah explores the way Swansea was rebuilt after the centre of the town was destroyed in the Blitz during the Second World War. In a sense, it is the sequel to The 'Three Nights' Blitz' as it deals with the aftermath of the destruction of the town centre. An insightful book about a pivotal moment in the city's history.