Fly tippers and litter bugs get fined in Swansea

Fly tippers, litter bugs and business that fail to manage their commercial waste have been issued with fixed penalty notices in Swansea. 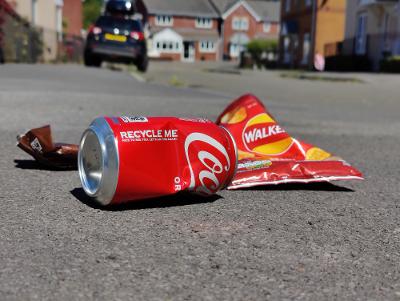 Swansea Council is continuing to clamp down on people that are caught littering and fly tipping.

Since April this year, 12 fixed penalty notices (FPNs) have been issued to people littering on the street. The cost to those caught is a £100 ticket which reduces to £75 if paid early.

Three more FPNs have been issued to people caught fly-tipping significant amounts of waste, costing them £400 each (reduced to £250 for early payment).

The Council has also been targeting businesses who fail to manage their commercial waste properly and often leads to large amounts of waste in public areas.

Eight FPNs have been issued to those businesses falling short of managing their waste and have had to pay £300 each (reduced to £180 for early payment).

The latest figures follow the most recent issuing of a fixed penalty notice to a motorist who was caught on camera dropping litter from their car and driving away.

Cyril Anderson, Cabinet Member for Community Services, said: "Our waste enforcement teams are working to keep our city clean and free of litter.

"We have powers to serve fixed penalty notices to individuals as well as businesses if they are caught doing something that results in litter on our streets.

"Many that litter or fly tip believe they won't get caught or that nothing will be done about it. They are wrong and we will continue to fight back against those that show little respect for our city.

"Our cleansing teams are out every day cleaning streets, parks, beaches and public areas and all we ask is that those living in Swansea work with us to keep our city clean."

The Council has also just launched a major recruitment campaign to boost its front-line cleansing teams so every ward in the city can be kept litter free.

Seventeen street cleansing team jobs have been advertised as part of a clampdown on littering and will mean communities are cleaner than ever.

The latest recruitment drive is part of the innovative new Cleansing Ward Operative Team which will head into every ward in Swansea starting this month, carrying out deep cleans and tackling major littering and fly-tipping jobs.

Cllr Anderson, added: "Introducing the Cleansing Ward Operative team is one of more than 60 policy commitments we've pledged to make progress on in the first 100 days since they were adopted by the Council in July.