Have your say on new walking and cycle routes in Swansea

Residents in Swansea can say where they want to see new walking and cycling routes as part of a new city-wide consultation. 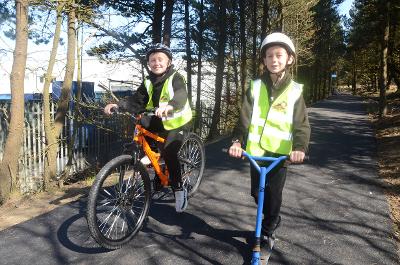 The new 12-week consultation is a vital part of Swansea Council's requirements to update the existing Integrated Network Map (INM) which was adopted by the council in 2018.

The latest plans are part of the Welsh Government's Active Travel initiative which sees councils bid for funding to create new routes and encourage more people to choose cycling and walking instead of the car.

The current map, which people can view online, details existing routes across Swansea, along with routes approved for development in the future. The Council refers to the map when bidding for Active Travel funding each year.

This year, Swansea succeeded in bidding for £3.2million which is being used to create new routes throughout Swansea and will also assist with the design and feasibility of further walking and cycling routes.

Mark Thomas, Cabinet Member for Environment Enhancement & Infrastructure Management, said: "The Integrated Network Map is an important strategic document which is the blueprint for the development of walking and cycling routes in Swansea for the next few years.

"During the next 12 weeks we will be encouraging as many people as possible to get involved and tell us where they want to see new routes developed.

"Since the adoption of the original map back in 2018, we have been very successful in securing funding from the Welsh Government which enables us to improve our existing network and increase the availability of safe off-road routes for everyone to use.

"This is now the opportunity for everyone to have their say and tell us where they want new routes developed."

Residents have until November 15 to get involved. Later in September and October a series of public drop-in sessions and exhibitions will also be arranged so residents can go along and talk to council transport teams about the plans.