Proposals worth £750m to further transform Swansea city centre and develop new homes and attractions along the coast and riverfront have taken a major step forward. 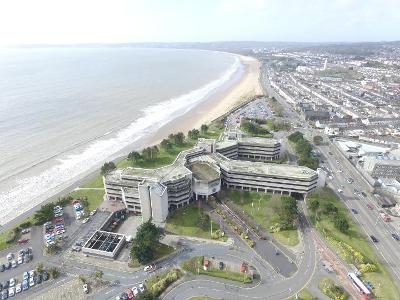 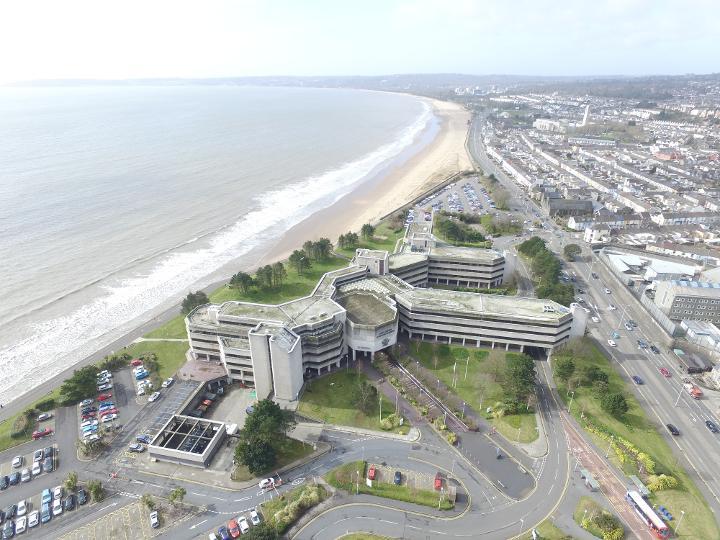 Swansea Council has now appointed award-winning regeneration company Urban Splash as its preferred development partner for a number of key sites, including the Civic Centre, Swansea Central North and a plot of land running alongside the River Tawe in the St Thomas area of the city.

Early ideas for each site have been proposed, which will now be worked up in more detail before plenty of opportunities for local people to give their feedback and help shape the plans.

To be delivered by the private sector, the early proposals include:

The council's appointment of Urban Splash follows an extensive search for a preferred development partner as part of the Shaping Swansea initiative.

Cllr Rob Stewart, Swansea Council Leader, said: "The appointment of Urban Splash is a significant private sector vote of confidence not just in Swansea's enormous potential, but also in the huge amount of regeneration work led by the council that's already happening in the city, including our £135m Copr Bay phase one district. This work has acted as a catalyst to attract a company of Urban Splash's quality and experience, and is part of a £1bn regeneration story unfolding across Swansea that's transforming the city into one of the UK's best places to live, work, study and visit.

"The regeneration of these three key sites will help take Swansea to the next level by creating thousands more jobs for local people, hundreds more new homes for local families and a mixed-use, vibrant city centre destination with the footfall it needs to thrive.

"Although subject to consultation in future to ensure people's views are taken on board, the early proposals will help realise these goals, while also giving the stunning Civic Centre site on our world-class bay back to Swansea people and visitors to the city.

"We look forward to working with Urban Splash on further developing these exciting proposals for the people of Swansea to consider, along with ideas on how best to regenerate other key sites forming part of our Shaping Swansea plans."

Urban Splash have developed over 60 regeneration projects throughout the UK in the last 25 years. These include the Royal William Yard project in Plymouth where the company has transformed a collection of Grade I and Grade II Listed waterfront structures into apartments, workspaces, galleries, bars and restaurants.

The company is also undertaking the redevelopment of the Grade II Listed Park Hill in Sheffield into a mixed-use cultural quarter, featuring hundreds of homes and workspaces - many of which are complete and fully occupied.

Jonathan Falkingham MBE, Urban Splash co-founder, is an award-winning architect who helped establish the regeneration company in 1993. He said: "We are absolutely delighted to be working alongside Swansea Council and all of the partners involved in this fascinating project.

"I have a longstanding affiliation with this brilliant city, attending school here in my younger days. I'm pleased to be back in Swansea to help deliver such an exciting new era for the city. We have plans for a world-class environment of great architectural quality, that recognises and enhances the existing historic fabric of the local area and its beautiful location. We hope to achieve this through multi-authorship and partnering with brilliant designers to evolve the most appealing and sustainable designs for each area of this new neighbourhood."

Tom Bloxham MBE, Urban Splash Chairman, said: "For almost three decades now, Urban Splash has worked hard to transform the fortunes of towns and cities, breathing new life into places through applying great design ideas, and working with the local community to create beautiful buildings and spaces that are sustainable for all.

"We have been really impressed with the ambition and vision of Swansea Council and look forward to working in partnership with this amazing city on the beach, using our experience, capital and resources to strengthen their vision and deliver exceptional living, working and leisure spaces to help more people live well by design."

Further proposals in future will also cover opportunities to develop other key sites across Swansea.