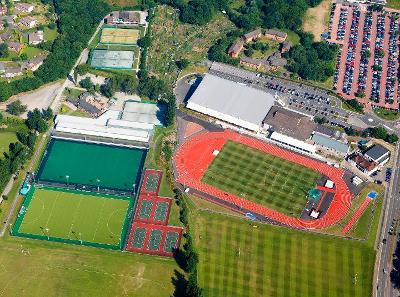 Estimated to be worth more than £150m to the regional economy, the two-site, phased project includes:

Once approved at Swansea Council's Cabinet, the project will then be considered at the City Deal's Joint Committee before submission to the UK Government and Welsh Government for final sign-off.

Cllr Rob Stewart, Swansea Council Leader, said: "The submission of this exciting project for approval is yet more progress for the Swansea Bay City Deal, with seven of its nine major projects having already been approved.

"Led by Swansea University, this project will build on regional expertise in life science and clinical innovation, with the Sketty Lane plans focussing on sport and well-being, including the prevention of ill-health and rehabilitation provision.

"This will create over 1,000 well-paid jobs and further boost the economy of the city and region, while also helping attract significant additional investment."

"Harnessing the thriving health and life science ecosystem in the Swansea Bay City Region, the proposals include the establishment of an international centre for innovation in healthcare and medicine, generating positive impact for population health and supporting the development of an innovative Sports Tech industry here in Wales.

"This project exemplifies Swansea University's regional ambitions for sport, championing well-being and preventative health, and supporting public participation in sport across the lifespan."

Sian Harrop-Griffiths, Swansea Bay University Health Board Director of Strategy, said: "This partnership with the university will enable us to build on our existing research capability and excellence, and provide strong links to improving patient care.

"It will also help us to strengthen Morriston Hospital's role as the regional specialist centre for South West Wales, and improve our ability to recruit and retain high-quality staff."