The Birmingham 2022 Queen's Baton Relay is confirmed to visit Swansea during its final journey before handing over to England this summer. 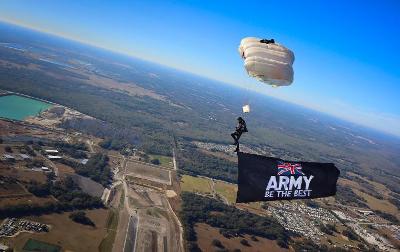 The relay is set to travel through Wales over five days, before returning to England and culminating at the Opening Ceremony for the Birmingham 2022 Commonwealth Games on July 28.

It's set to arrive in Swansea on July 3 during the Wales Airshow. The airshow is organised by the council and is due to take place on July 2 and 3.

Cabinet member Robert Francis-Davies said: "We have an excellent line-up of batonbearers to represent our communities. With our friends in the Tigers we plan for the baton to make a dramatic arrival over Swansea Bay."

Also carrying the baton in the city will be Children's Commissioner for Wales Rocio Cifuentes and former Wales and team GB swimmer Georgia Davies.