People in Swansea are being thanked for their generous offers of support as the city plays its part in welcoming refugees fleeing Afghanistan. 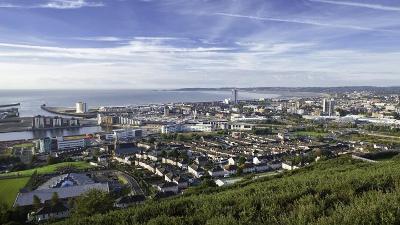 A small number families are settling in the city and Swansea has offered to welcome more.

Councils across the UK are playing their part in resettling Afghans who have worked for the British Government.

People in Swansea having been asking what they can do to help but the new arrivals have been provided with what they need from the government funded scheme.

Alyson Pugh, Swansea Council's Cabinet Member for Supporting Communities, said: "The images we continue to see on the news coming from Afghanistan are horrific and many people have contacted the council to see if they can assist.

"I would like to thank them and I'm not surprised by generous offers of donations as people in Swansea have a long history of welcoming and helping those fleeing conflict and persecution.

"Through the UK Government funded scheme they are provided with a furnished home and financial support until they are able to secure employment.

"The council and the charity EYST who we work with are providing support in terms of enrolment in schools, GP practices and general integration.

"We do not require direct donations to these families at present. We are very fortunate in Swansea to have many charities and organisations who work with refugees and asylum seekers from a range of countries who have to come to Swansea over many years and their details are on our council website."

A refugee who has previously settled in Swansea said: "Swansea is a beautiful place but the most important thing to me when I arrived was the warmth and friendliest of the people of the city."

At present the UK Government is offering flights and support to anyone in Afghanistan who has worked for the UK and is assessed to be under serious threat to life.

The Home Office says more than 2,000 individuals, which equates to around 600 households, have so far been found new homes in the UK.

Cllr Pugh added: "Although numbers are relatively small at present in terms of the whole of the UK, Swansea is playing its part and as Wales' first City of Sanctuary we are ready to do more and are proud to do so."